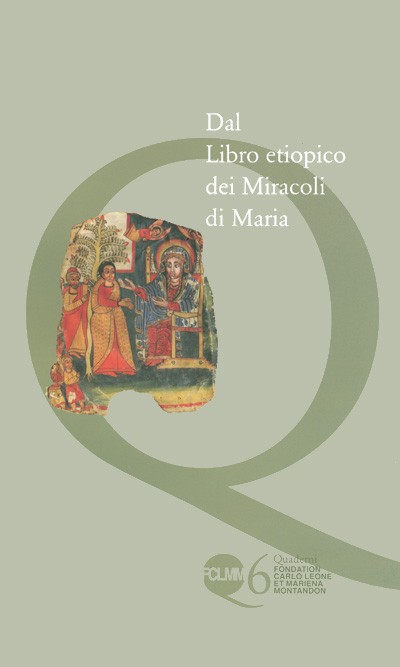 As befits its vocation, the “Fondation Carlo Leone et Mariena Montandon” continues to widen the scope and subject matter of its Quaderni to cover cultural and artistic aspects that have at times been considered marginal compared to other, more dominant ones. These areas of interest have often been ascribed to “specialist” sectors despite the fact that they are more than worthy of being widely recognized for the charm they exude. The Quaderni published so far range from the restoration of notable buildings in the Como area, to the research and study of the petroglyphs of far-away Ladakh (in the foothills of the Himalayas) and now also include an Italian version of the “Miracles of Mary”,an Ethiopian book dating back to the beginning of the 15th century that proves to be an extremely fascinating work thanks to the deep and entrenched devotion that transpires from it. Devotion deeply felt by a nation that joined Christianity in the first half of the 4th century and that based, and still bases, its own identity on the fact that it belongs to the Christian Church.
The long collaboration of the Foundation with Mgr. Osvaldo Raineri, a highly renowned Ethiopian expert, has produced a sizeable series of initiatives which aim at spreading awareness of Ethiopian culture: first, regarding architecture and religious paintings – which Raineri has directly and substantially contributed to – and then regarding the icons and splendid crosses of Ethiopia, and finally with the publication of rare Ethiopian texts, translated by Raineri often for the first time ever from the classical Ethiopian language of ge’ez also published by the Biblioteca Apostolica Vaticana with the contribution of the Foundation.