Majesty and Magnificence at the Court of Menilek 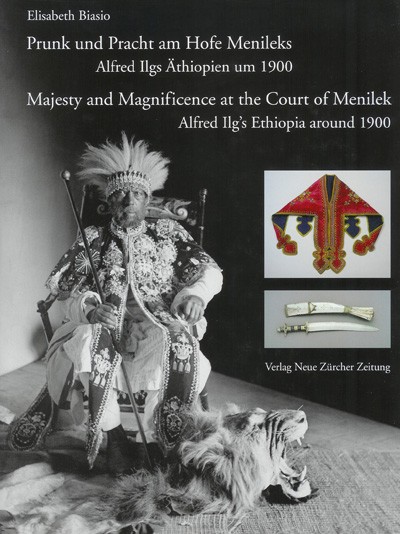 Alfred Ilg (1854-1916), a Swiss citizen and keen traveller, spent much of his life in Ethiopia in close contact with Emperor Menilek II. As a State counsellor to the Ethiopian king, Ilg was able to assemble a vast ethnographic collection and a unique series of photographs of Ethiopia at the turn of the 20th century.

The first part of the book deals with Alfred Ilg’s life and the socio-political situation of Ethiopia between the 19th and the 20th centuries. The second part of Biasio’s research analyzes Ilg’s ethnographic collection, closely and conscientiously examining the wonderfully rich but still largely unexplored Ethiopian culture.