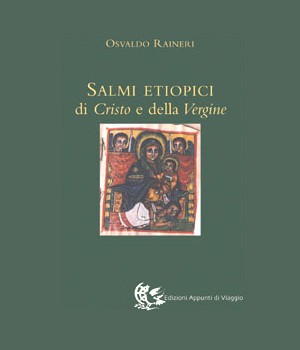 Love, constant recital and singing, the familiarity of Ethiopian Christians for the recital of psalms has rendered their being committed to memory by the ecclesiastical and the faithful particularly frequent, a fact made evident also by their wide-ranging presence in the form of quotations and references in literature, even of profane content. The affection for these prayers has furthermore inspired some writers to compose “imitations” of psalm books, in order to express, in “psalmodic” form, their faith and devotion to Jesus Christ and the Virgin Mary.
There are two known types of Mazmura Krestos (psalm books/psalms of Christ): one long and one short. We have an example of the first in the manuscript “Or. 534” of the British Library, which contains the work of Abba Bahrey, a monk who lived during the reign of King Sarza Dengel (1563 - 1597) and who wrote the 151 psalms to honour Christ, taking words and thoughts from the original prayers. The most well-known version of the second type, present in various manuscripts and in the last few centuries even in printed versions is attributed to a scholar, also named Mazmura Krestos, who lived during the reign of king Zèr’a Ya‘qob (1434 - 1468); a similar composition is the work of the celebrated writer Taye Gabra Maryam (1861 - 1924), published at the time in Ethiopia.
In parallel to Mazmura Krestos,numerous Ethiopian manuscripts dating as far back as the 16th century, propose the Mazmura Dengel or psalms of the Virgin, to celebrate and invoke the Virgin Mary, Mother of Christ.
The publication offers an Italian translation from ge‘êz (first version in a western language) of the three following “psalm books” as mentioned above:
I) PSALMS OF CHRIST by Mazmura Krestos;
II) PSALMS OF CHRIST by Taye Gabra Maryam;
III) PSALMS OF THE VIRGIN.